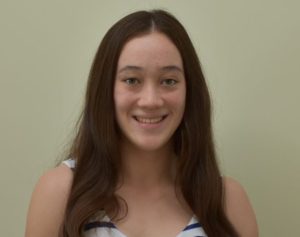 Jessica started wheelchair racing during high school when her teacher approached her to join the school track team. She was surprised by how much she loved it and has been doing it ever since. She has continued track because competing makes her happy and she has met many of her closest friends through sport. Jessica loves to compete and push herself in every situation, as well as being part of a team of people who are always there for her. Jessica also volunteers to teach younger kids with disabilities how to swim.