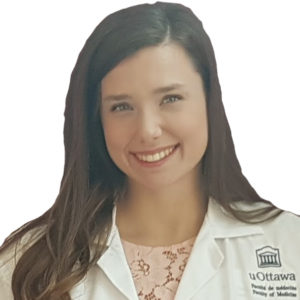 Julia loves playing sledge hockey and one of her friends, a Paralympic medalist in wheelchair racing, thought she would make an excellent thrower and encouraged her to try. Her teammates and Coach Ken Hall made the ultimate difference in Julia practicing the sport. She enjoys throwing because it was so similar to swimming in that all the work you put in directly translates into success. It is very motivating to always try and be better than the day before. Julia kept active and met her best friends by playing sports. As an adult now, she continues to make staying fit and playing sports a priority in her life. “I may never compete at a Paralympic games, but the increased fitness, improved functional abilities and the friends I make playing sports improves my quality of life as a person with an impairment.” Julia keeps herself busy by playing wheelchair basketball, wheelchair rugby and sledge hockey. She is currently an alternate for the Canadian Women’s National Sledge Hockey team. In September, she will be starting her second year of medical school.