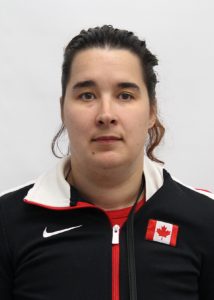 Rachael started racing when she was six years old and competitively at ten. Her father, who also has a disability, instilled in her early the importance of staying active.  Rachael will only retire once she no longer finds the sport enjoyable. She strives to push herself to reach her full potential. Rachael also does non-profit work on the side because she likes helping others while expecting nothing in return.