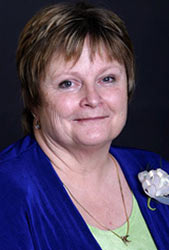 Terrie Moore was a founding member of the Cerebral Palsy Sports Association of British Columbia (CPSA-BC) in 1979 and Canadian Cerebral Palsy Sports Association (CCPSA) in 1982. Originally a PE teacher and swim coach, Terrie changed career paths in 1982 to devote her career to being an advocate for sport for people with disabilities. Her first involvement was in the writing of the original constitution and bylaws for CPSA BC and subsequently CCPSA.

In 2004 the City of Langley recognized Terrie with an award for “Outstanding Community Recognition” for her participation in the 2004 Athens Paralympic Games. In March she was invited by IPC Medical Director Bjorn Hedman to sit on a special subcommittee to develop a uniform Classification Code for IPC and its members.